John and Little John (LJ) Daly birdied the final six holes for a 13-under 59 and a one-stroke lead Saturday at the PNC Father-Son Challenge. They tied the tournament course record with the 59.

The Dalys played the back nine in 8-under 28 in occasional rain at Ritz-Carlton Golf Club Grande Lakes.

LJ is 15 and a student-athlete at Bishops Gate Golf Academy.

“It was just one of those days,” John Daly said. “We hit pretty much every fairway. We didn’t get ourselves into any trouble. After the third hole, Little John was putting good and he said, ‘I should go first to give him the line.” I just made everything. It was a lot of fun.”

Little John Daly was modest in his interview after their 59, just describing the round as “FUN!”

We are sure to see much more of LJ on his path to success in golf and in life.

On Sunday, Davis Love III and son Dru Love caught fire on the front nine and went on to win The Father-Son Challenge. The Loves went out in 27 (which included a par) as they made seven birdies and an eagle to shoot nine under on the front before pulling away from the Dalys, which resulted in a tie for second at 23 under for the Dalys. 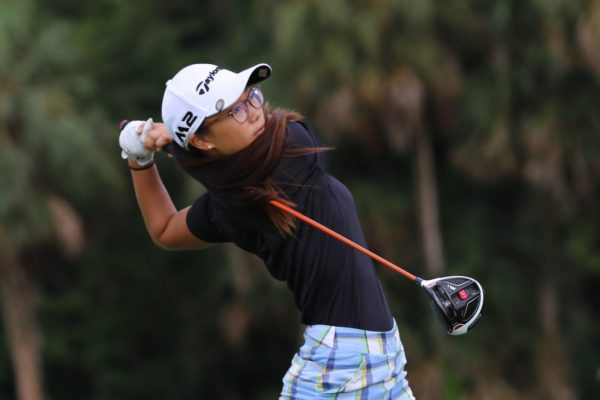 June 23, 2018
laural
Uncategorized
BGGA’s recent graduate Annie Kim (Seoul, South Korea) had a great week at the AJGA Insperity in Woodlands, Texas with a second-place finish (77-71-71) , one behind the winner. Kim…
Read More 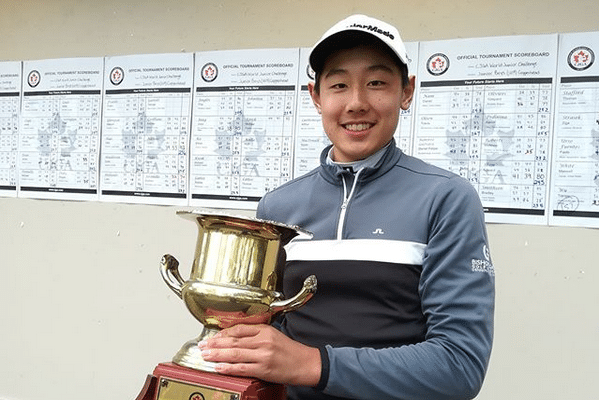